The One Citizen – by Maikel Nabil

At a press conference last week, SCAF's Mukhtar Al-Mullah issued a number of statements that revealed the hidden intentions of the military to kill the nascent democracy in Egypt. When towards the end of the conference he was asked about me, he refrained from answering. And when asked about Alaa Abdel-Fattah, he tried to justify the detainment of Alaa, and then concluded by a very telling sentence, "Maikel Nabil and Alaa Abdel Fattah are Egyptian citizens, and we are very keen to protect all Egyptians, but we're talking here about one citizen out of 85 million". Al-Mullah did not say who that "One Citizen" was, Alaa or myself but what difference would that make?
The Military in their stupidity think that One Citizen is without value and easily marginalized. Their minds do not comprehend the fact that One Citizen put an end to Mubarak's regime, one citizen: Khaled Said1.
The first thing that came to my mind when I read Al-Mullah's words was a quote by John Stuart Mill: " If all mankind minus one, were of one opinion, and only one person were of the contrary opinion, mankind would be no more justified in silencing that one person, than he, if he had the power, would be justified in silencing mankind". This is precisely the difference between fascism and freedom. Fascists claim that there's no harm in sacrificing One Citizen for the good of the community, and it was under this banner that people in Germany, in the Soviet Union, in fascist Italy, Nasserist Egypt, Baathist Syria and Maoist China, in Cuba and Milosevic's Serbia, lost their freedom to tyrants who massacred whole communities while claiming each time that it's just One Citizen, sacrificed for the community.
In my lectures on liberalism I always said that if the individual was at odds with society, as liberals we should take the side of the individual against society. Protecting the individual (the One Citizen) means protecting the values of individualism and individual liberties. Those who claim they can build a society made up of oppressed members are deceiving themselves, for if the individual is the building block of society, how do you construct a building out of stones that are crushed and broken?
Neo-fascists forget that all great deeds in history were done by One Citizen. It was One Citizen named Galileo who maintained that the earth was round, while all the inhabitants of the planet denied it. One Citizen named Muhammad who brought Islam to humanity; the message was not revealed to 85 million people, but to One Citizen. Throughout history, human creativity has always been individual creativity: Plato, Aristotle, Newton, Nietzsche, Darwin, Edison - great deeds were always carried out by individuals who stood out, even while the rest of society did not go far beyond their natural instincts. The sacrifice of one individual for the good of the community is the argument put forward by tyrants to enable them to persecute thinkers, philosophers, scientists and all others who offered their services and their creativity to humanity.
I am not addressing myself to the military, for they are advancing toward their end like the enchanted, ignoring all indications of their fate. I am addressing myself to society, a society that was taught to accept the violation of One Citizen’s rights for the greater good of the community, as if the power that oppresses one will be able to later respect the rights of the community. This society that has accepted the displacement of the Nubian community in the name of national interest, that has accepted the expulsion of Egyptian Jews, the confiscation of their property, the revoking of their nationality, in the name of the interests of the majority. The same society that has sequestered gay rights, that has limited the individual freedoms of individuals under the guise of maintaining the family system and the interests of the greater society. It is time for the 85 Million to understand that their freedom is tied to the freedom of that One Citizen, that all freedom is lost once they allow the wolf to choose the first victim from amongst the herd, that they cannot regain the freedom of society unless every One Citizen is free.
Immediate freedom for Alaa Abdel-Fattah, for myself, for Ayman Mansour, for Amr Al-Beheiry, for each and every One Citizen in Egypt. Not because that would be the moral thing to do, but because you will never be free as long as the One Citizen remains captive.
El Marg's Prison Clinic
December 15, 2011 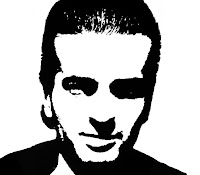